What’s the oddest use you found for duct tape?

Duct tape is such a versatile tool. Whether you make clothes out of them, or reattached something back together with it. Here’s the weirder uses our team has come up with: 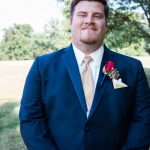 I rode in a few cars in college that opted for “duct tape” as the interior of choice… either that, or it was affordable and could quickly be repaired or replaced. Thankfully, most of the duct tape was used on secondary portions of the vehicle, like the armrest/console, portions of the dashboard, and the roof of the car. It was not the most stylistic or functional choice available, and it was far from appealing to most of our female classmates, but it held the inside of the car together, which was the main goal for broke college students. I’m waiting to see if someone uses that “diamond-plated” pattern of duct tape to line the bed of a truck. 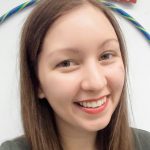 My track record with cell phones isn’t great. Actually, it’s a continuous, systematic failure… Nevertheless, duct tape was a key performance tool in attempting to hold working components together. Phones were harmed in the making of those repairs.

When I was in high school I made a wallet entirely out of duct tape.

Hope you enjoyed this weeks post. If you’d like to submit a question, just leave it in the comments below and don’t forget to join in on the fun and comment below with your answer!

Which exotic animal would you want as a pet?

Would You Rather Give Up Cheese or Bacon for Lent?